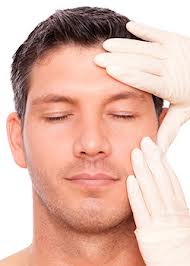 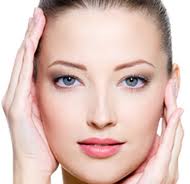 the densest population of sebaceous follicles. These areas include the face, the upper part of the chest and the back. Severe acne is inflammatory, but acne can also manifest into noninflammatory forms. For most people with acne, it begins at puberty. This is when the body starts to produce hormones called Androgens. Androgens cause the enlargement and over-stimulation of the sebaucous glands in people with acne. Sensitivity to these androgens can also causes acne to appear during the menstrual cycle and sometimes in pregnancy. The extra sebum (oil) that the sebaucious glands produce mixes with dead skin cells and bacteria on the skins surface and this blocks pores. Inside the blocked pore, bacteria multiply and cause inflammation leading to the spots and pustules associated with acne.

For most people, acne diminishes over time and tends to disappear — or at the very least decrease — by age 25.  There is, however, no way to predict how long it will take to disappear entirely, and some individuals will carry this condition well into adulthood.

Is a chronic condition characterized by facial erythema or redness and sometimes pimples.  Rosacea affects all ages and has four subtypes, three affecting the skin and the fourth affecting the eyes (ocular type). Left untreated it worsens over time. Treatment in the form of topical steroids can aggravate the condition.

It primarily affects Caucasians of north western European descent and has been nicknamed the ‘curse of the Celts’ by some in Britain and Ireland, although recently this has been questioned. Rosacea affects both sexes, but is almost three times more common in women. It has a peak age of onset between 30 and 60.Rosacea typically begins as redness on the central face across the cheeks, nose, or forehead, but can also less commonly affect the neck, chest, ears, and scalp. In some cases, additional symptoms, such as semi-permanent redness, telangiectasia (dilation of superficial blood vessels on the face), red domed papules (small bumps) and pustules, red gritty eyes, burning and stinging sensations, and in some advanced cases, a red lobulated nose (Rhinophyma), may develop.

Excellent results are obtained by treating Acne with Manual Lymph Drainaage (|MLD) provided that certain principles are observed. We recommend that for the first week a daily 30 minute treatment is applied followed the second week by three treatments and the third week two treatments and so on. Do not use soap or products that contain alcohol to cleanse the area, it is better to use Hydrophillic oil. It is essential that plenty of fluids are taken (water or herbal tea) and that an examination of diet is undertaken.

As with many skin conditions, acne may appear worse after the first treatment but there should then be an improvement.